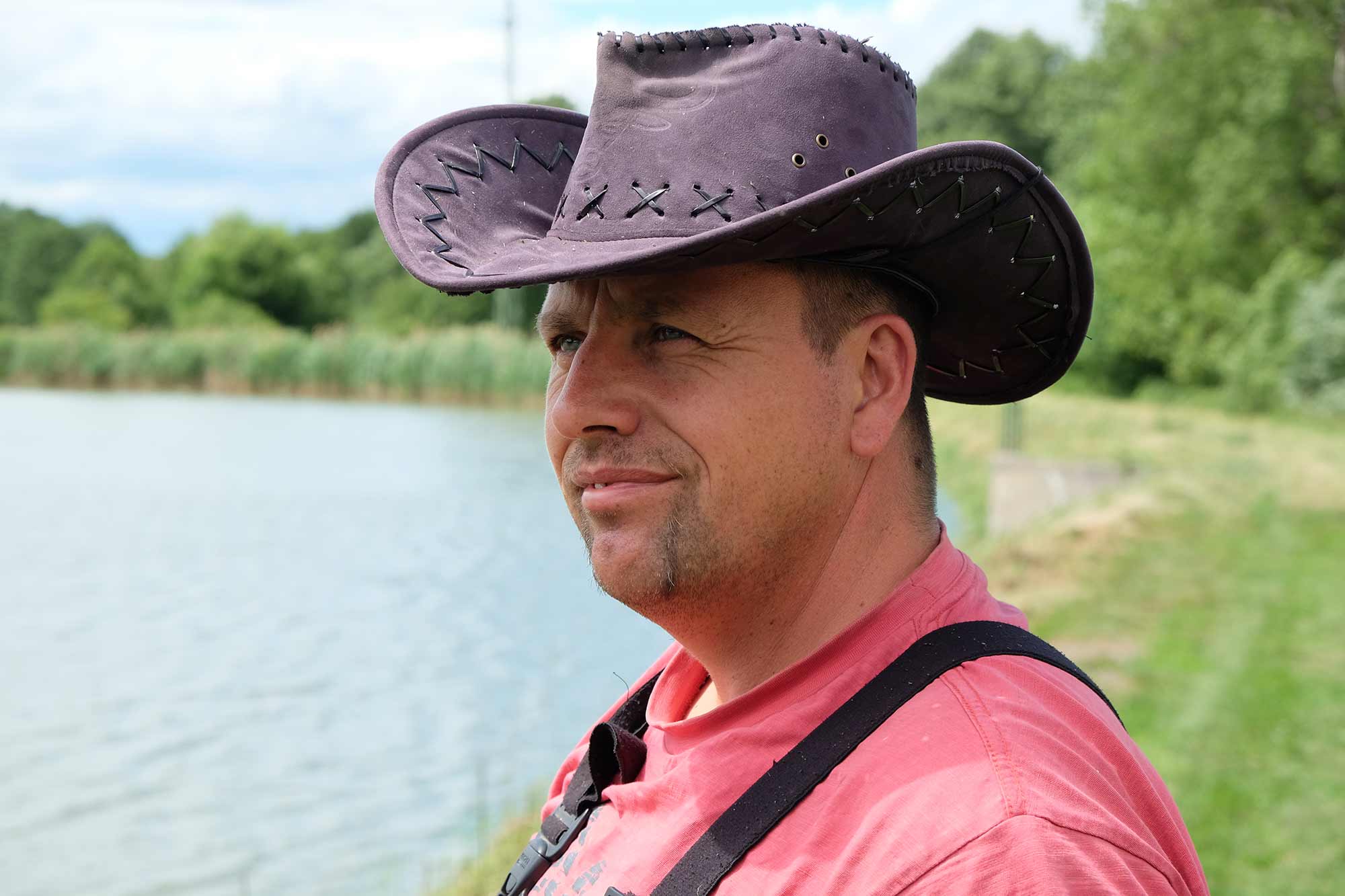 If development comes in circles and history repeats itself then the village of Krasíkov is proof for it. It has a rich history in using hydro energy and recently the trend is coming back in full force. Mister Vladislav Kyselica renovates hydro power plants here and uses hydro energy once again.

Our ancestors knew the best

In the 13th century, an order of Augustian Eremits settled on the banks of the Moravská Sázava river. They built a rich monastery, the oldest in the Moravia region. Their success was based on their use of the river’s energy by building two water mills. The tradition of gaining energy from the river stopped abruptly with the resettlement of Germans after World War II.

Vladislav Kyselica is interested in hydro energy sources since his twenties. He found out that our ancestors knew the best where and how to exploit the river. Rather than building new installations Vladislav Kyselica decided to renovate the defunct and demolished hydroelectric power stations. He began by renovation the small power plant in Krasíkov. He did everything with his own hands and paid from his own finances. His father supported and advised him.

Vladislav Kyselica brought the first turbine from an old mill. It was very old and rusty but as a trained metal machining he managed to repair it. He then had to clean the former millrace which was dry and filled with trash. After the power plant began operations, the millrace filled with water, creating a great reservoir of backwater. What was a miserable piece of land became a place full of life.

Later, Vladislav Kyselica decided to renovate another power plant in Hvězdonice on the river Sázava, but as he points out, this second power plant is too big for him and everything takes too long.

Consuming directly from the source

The small hydro power plant in Krasíkov has four Francis turbines. One of them is from 1916 and it still works and produces electricity. The turbines work together or in turns to ensure their best possible efficiency depending on the water level.

In case all turbines are in operation at the same time they can reach a capacity of 35 kW. While this isn’t a huge capacity it still saves 3 railway carriages of coal per year. 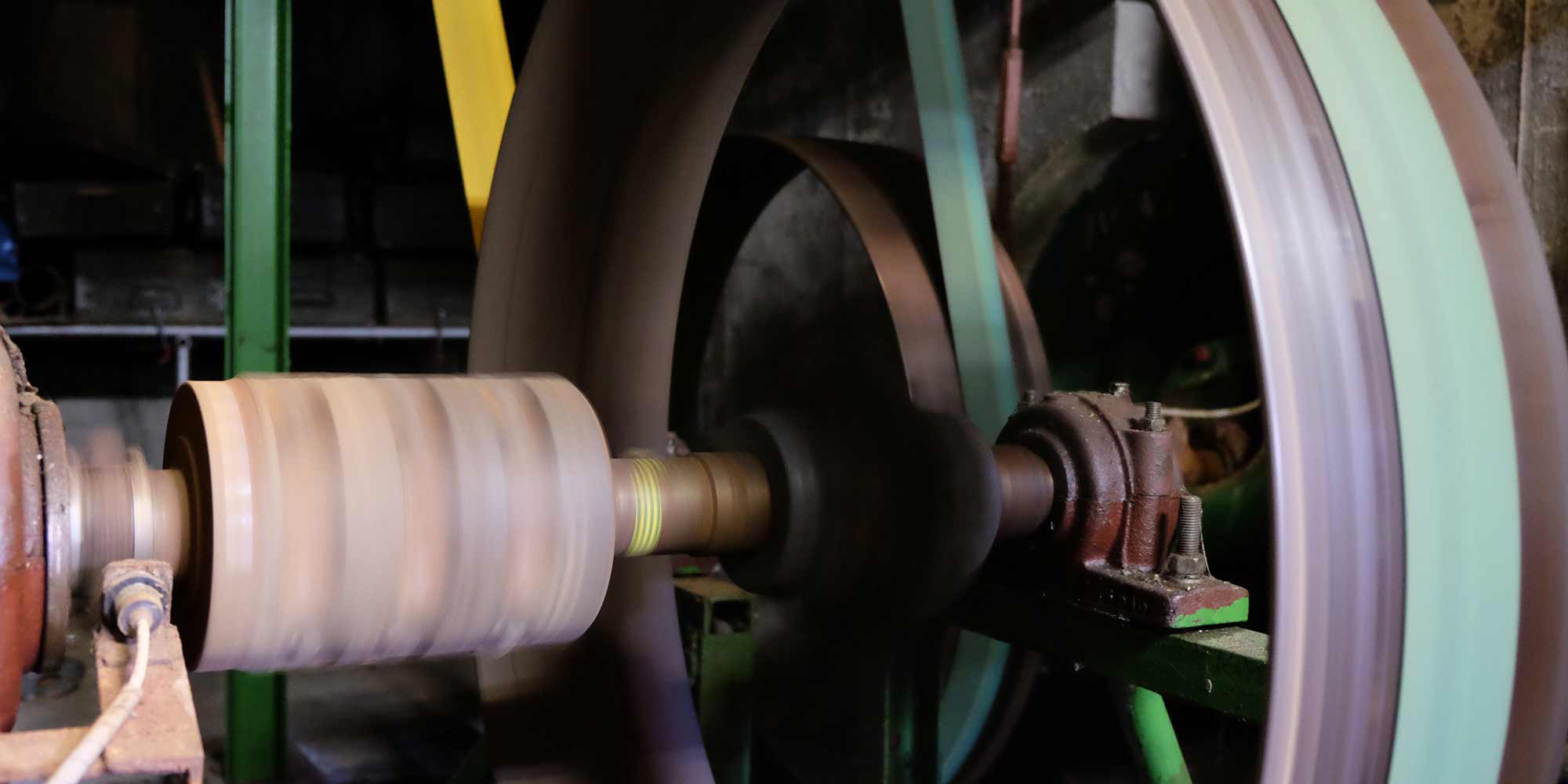 The difficulty is that everything depends on the water level, which used to be a problem earlier. After the rain, water came very fast but was gone just as quickly. Only after the river upstream has been revitalised a few years ago, creating one of Europe’s biggest dry polders – a tract of land enclosed by dikes – the situation has improved. Now the water spreads there instead of rushing through the mill all at once.

“Hydro-meteorologists don’t know it but it takes much more time before the water comes, now. When it rains in the mountains it can take up to 8 hours before the water level starts to rise here. At the same time the water stays here much longer and the level starts to drop up to a week later. Earlier, the dirty water full of soil came within two hours and it was gone in another three hours.”

Vladislav Kyselica pairs his clean and independent electricity production with the same kind of consumption. Already 16 years ago he purchased an electric car which he charges with the energy from his hydro power plant.

He offers his energy also to other drivers of electric cars – for free – and he has big plans in this regard for the future. He believes that small energy sources are crucial for the expansion of electric mobility. Electric cars need to be charged in their final destination. More potential sources and charging stations mean fewer burdens for the distribution network. Ideally, cars could even carry smaller batteries. Vladislav Kyselica sees cars even as a possible energy storage. Plugged cars could be a source of electricity in the first minutes of high energy demand before other sources are mobilised.

People’s doubts are a challenge

Even though Vladislav Kyselica renovates power plants which were once in operation, there is plenty of complications. The reconstruction of the power plant in Krasíkov took 8 years eventually. Four years into his work a flood caused such damage to the almost finished power plant that the work had to start all over again. Another four years later it was finally done.

Vladislav Kyselica did not get any donations for his work. He invested his own money and money he lent from friends and will pay back as soon as the power plant starts to make a profit.

A much bigger challenge, however, is a negative public opinion, says Vladislav Kyselica. People have very limited knowledge about small energy sources or electric cars and therefore do not trust in them. It is difficult to succeed with these projects under such circumstances, even though in the end, they work much better than people think.

In the beginning locals in Krasíkov were suspicious as well, but by now they can see the advantages of the power plant and they particularly appreciate the new water surface. 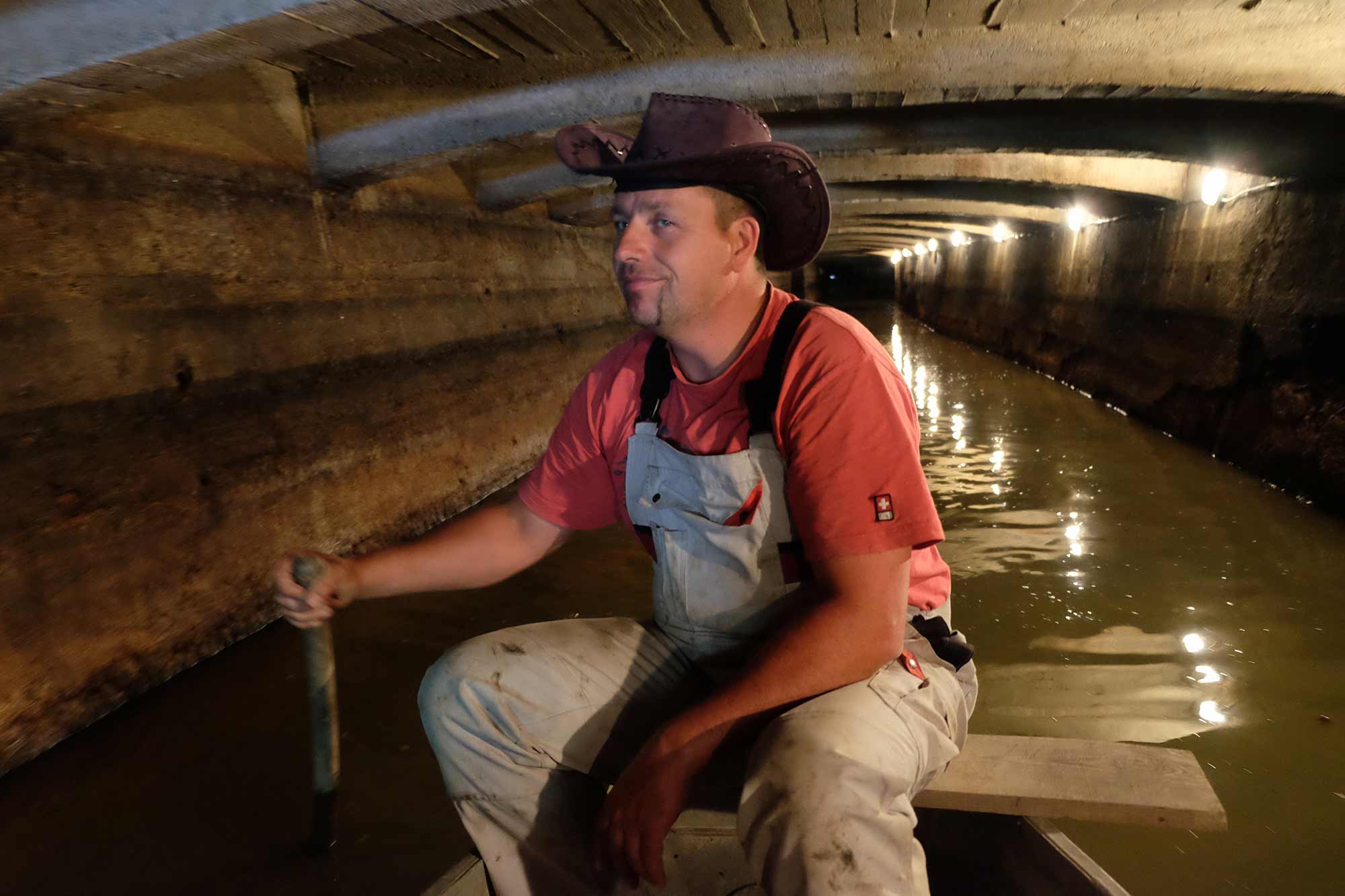 Vladislav Kyselica does not use just his own technical knowledge and the advice of his father. He learned a lot from a deceased local miller. A hydropower plant is about water in the first place. The millrace positively influences a river and it can protect itself against torrential rains that bring big stones and pieces of ice. There is a valve at the beginning of the millrace which closes in case of a too strong water flow. The turbines are thus protected from being hit by a hard object.

For Vladislav Kyselica this is the most important benefit. The retention of the water is not appreciated properly yet but its importance will increase in the next years.

Vladislav Kyselica leaves the millrace full during dry periods. His aim is not to keep the water for his own purposes. In case he would decide to release the water it would be gone in a few hours and the situation would be as before. When there is a lack of water the millrace functions as shelter for aquatic life. As soon as the water level in the river rises again, all the creatures move back into the river and the river’s life is renewed within few days.

Even more of the local energy

Vladislav Kyselica has worked very hard, but there is even more work still waiting to be done. He decided to renovate one more hydro power plant – his third – in the village of Třebařov a few kilometres upstream of Moravská Sázava. It is a place where monks built their mill in the year 1273.

He will first have to clean out and repair a 2500 metres long old millrace. Once the river runs here again it will pass under the oldest aqueduct in the Czech Republic. Monks build it to cross the millrace.

A lot of work and money will be spent on the reconstruction the power plant building. It will take a while till electricity will be produced here.

Another project which Vladislav Kyselica is enthusiastic about is to create stations for the fast recharging of electric cars, powered by his hydro power plants. But he will need to ask for EU funding support to realize a project like this. And still he has to ensure its profitability because the prices for purchasing the rest of the energy are not guaranteed in such a situation.

But once again he will get closer to the idea in which he beliefs since his twenties:

“A decentralised energy system and small sources of energy will be much more important for ensuring local energy needs in the future.”