From food to energy self-sufficiency 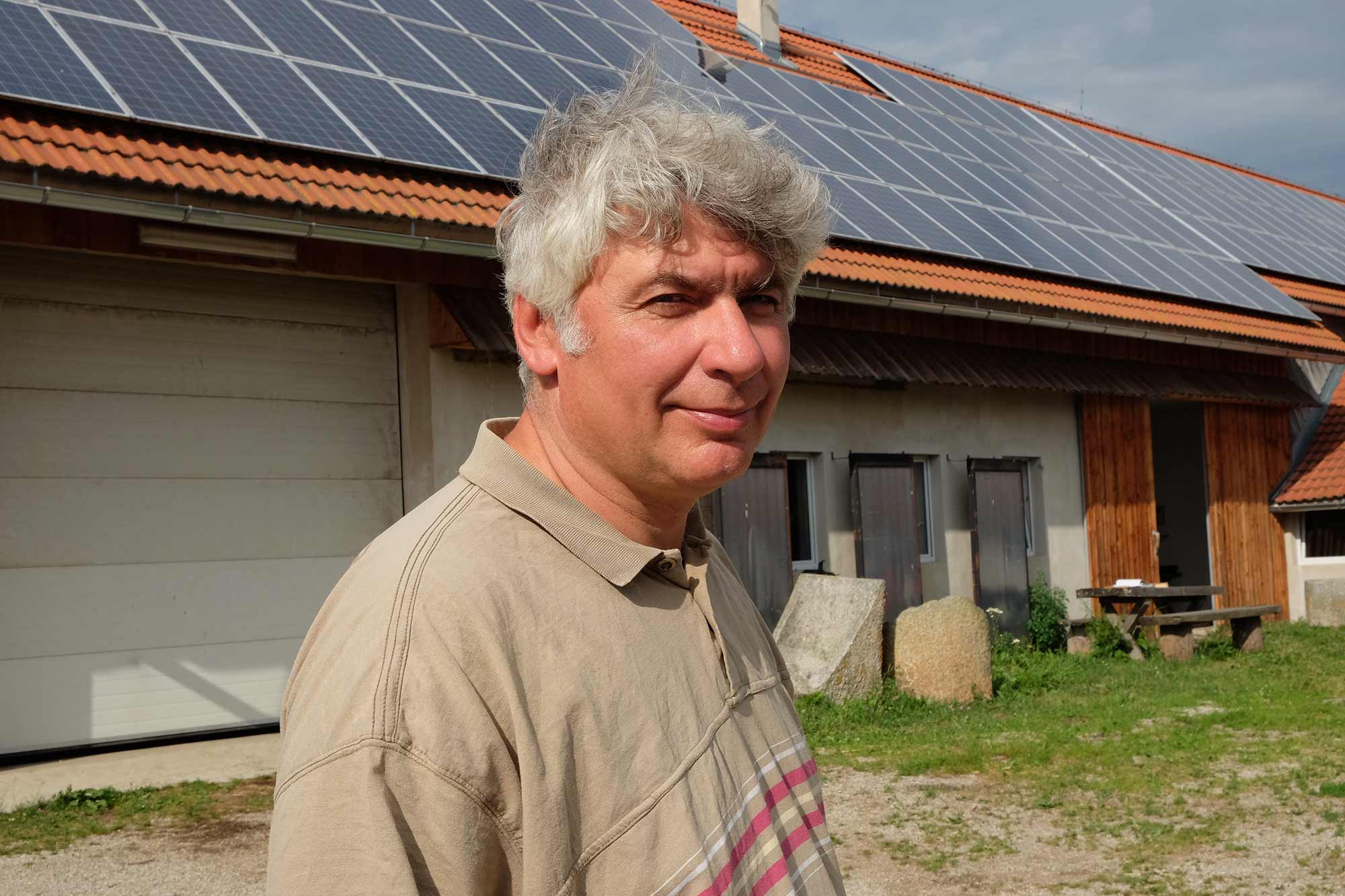 The Biofarm Slunečná lies in solitude in a scenic countryside on the border of the Šumava National Park in the Czech Republic. Everything you see in the farm looks natural. Visitors come to spend the night or just to buy cheese. They walk around and watch sheep, goats and the local shepherd dog. The atmosphere is peaceful, undisturbed from the employees of the farm who are busy with their chores.

The owner of the farm, Mister Pavel Štěpánek, is a man who has found his place. Having grown up in the industrial city of Ostrava, he worked as a freelance travel photographer and lived in cities across the world. But after falling in love with Šumava, he decided to build a self-sufficient farm. Step by step he purchased photovoltaic panels, a heat pump and a boiler for biomass. But this is just the beginning. Mister Štěpánek has plenty of other ideas and his plan is to eventually cut himself off the grid and become energy independent.

Animals on the Slunecna farm.

Pavel Štěpánek was going through Šumava in 1995. He fell in love with the landscape and decided to stay here for rest of his life. He settled in the ruins of the former farm Slunečná and rebuilt it. Since the beginning he tried to do everything in harmony with nature. He farms ecologically on 80 hectares of land and has a cheese factory and butchery. The farm’s main product is bull’s meat and cheese from goat and sheep. The products are consumed by the Štěpanek family and their guests. What is left is being sold directly from the farm.

As Pavel Štěpánek points out himself, his main drive is self-sufficiency. Everybody should be aware of what they eat and drink. The farm’s food stock can supply his family throughout the entire winter. And Pavel Štěpánek thinks about energy supplies the same as about food.

Already in the nineteen nineties he had four solar collectors on his roof. He lived alone in the municipality of Slunečná, making it the village with the highest solar panel number per capita. As soon as he heard about the possibility to purchase photovoltaic panels and produce his own energy it did not last long and Pavel Štěpánek started to strive for energy self-sufficiency. Currently, he has two photovoltaic systems, solar collectors, a boiler for biomas and a heat pump.

None of the buildings on the farm has just one purpose. The large south-facing roof of the hayloft for instance is not only helping the hay dry properly, but also an ideal place for photovoltaic panels. 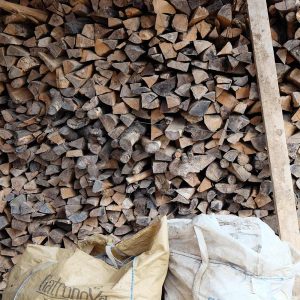 These panels have a total capacity of 29.8 kilowatt (KW). Together with other panels elsewhere on the farm with a capacity of 12.5 KW, they are enough to cover the entire electricity consumption of the farm, which is not small. The production and especially the storage of cheese are energy demanding and the accommodation of the guests is too. But the farm often sells its unused electricity and then buys from the grid when there is lack of it.

“We have to work on that”, says Pavel Štěpánek.

The farm does not only produce its own electricity but heat as well. Individual rooms have their own fireplaces and stoves. But three of the buildings, including the lodging house and the cheese factory, are linked to a boiler that is powered by wood chips. The boiler is much more efficient and demands much less human capacity. The fourth building, farther away from the others, has its own heat pump – one of the first in the country. Finally, the roof of the lodging house has been recently equipped with solar collectors that supply guests with warm water.

Renewables make profit even it was not the aim

The biggest challenge Pavel Štěpánek found while realising such a project is to overcome your own doubts and stay confident. He tried to prepare a similar but much bigger project for a neighbouring village, but it has not been implemented because locals did not trust in it.

Originally, the photovoltaic panels were not meant as an investment, but as a way to become self-sufficient. His vision of independence from big energy suppliers and centralised decisions motivated him to implement more renewables on his farm.

But now Pavel Štěpánek has to admit that solar panels not only pay for themselves but also generate a good profit which he can use to repay loans or make further investments. The life on the farm where there is no shortage of tasks is now much simpler.

“I have to say life is easier with the panels.”

The landscape Pavel Štěpánek fell in love with.

Pavel Štěpánek was always eager to start new experimental projects and to be a pioneer. He had a heat pump and solar collectors already in the nineties, long before they became more popular in the country. And even now he still has great visions. He wants to store electricity to solve the imbalance between electricity production and consumption. He recently tried to store energy in a huge water reservoir, but he will likely choose batteries in the end.

He is also creating a natural biotope as a pool for his guest and to improve the local microclimate. He would like to use water to produce electricity so he can cover gaps in the solar production caused by storms, heavy frosts or snow. He sees a great potential for energy savings in low temperature heating, i.e. reducing the temperature of heating sources by increasing their surface. He would love to use the whole wall as a source for heat.

Overall, it is not a big surprise that his goal is to become energy self-sufficient, at least for limited period of time. As soon as he can, he wants to cut himself off the distribution network and focus just on his farm. Pavel Štěpánek believes that the decentralisation of energy sources is the only meaningful concept for the future. If other inhabitants in Šumava would change their coal boilers for renewable ones, he could breathe easy.

In the end, Pavel Štěpánek revealed another motivation: