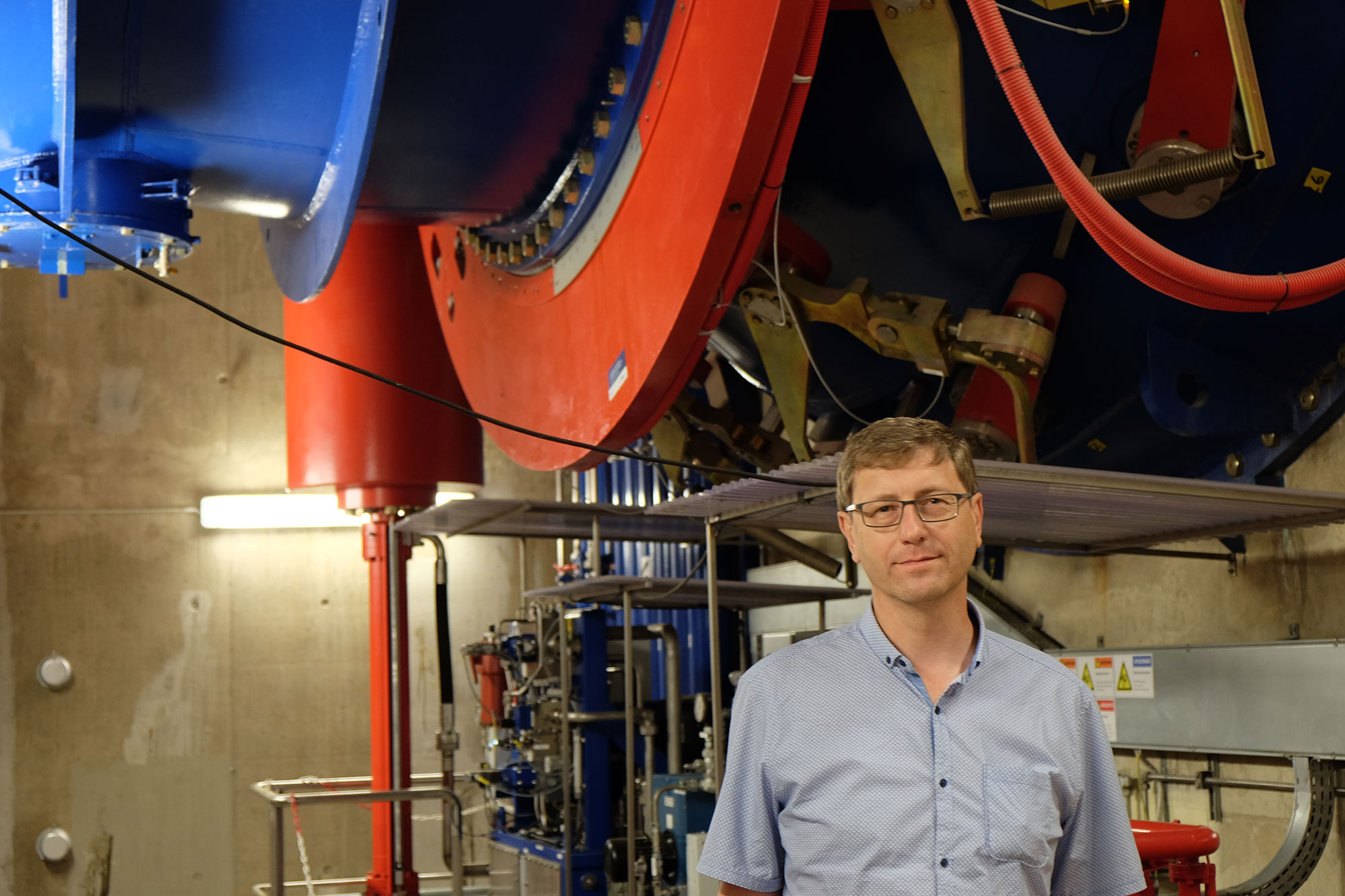 Non-governmental organisations operate under constant uncertainty since they depend on donations from public and private sources. Marek Černocký from the Czech Republic wanted to create a more stable foundation for his non-profit work by acquiring a renewable energy source whose profit can not only be used to finance the organisation’s activities, but would also contribute clean energy and multiply the value of donations.

Marek Černocký built a small hydropower plant on the river Elbe which now generates clean energy as well as finances for non-profit activities. He created a sustainable system to finance social and educational projects from a clean energy source.

Struggling with financing non-profit activities in education and science popularisation, Marek Černocký, decided to create a financial source on his own. A small hydro power plant seemed to be the ideal tool for it. In 2001, he chose a place on the river Elbe that already had a weir from 1974 but no power plant. After arranging the project design and ensuring its viability he founded the non-governmental organisation Energeia to realise it.

The next step was secure financing for the project with almost CZK 1 billion (EUR 38.4 million) needed for the investment. By 2014, he collected enough private donations to cover ten percent of the whole sum. EU funding contributed another CZK 250 million (EUR 9.6 million). A loan was needed to cover the rest, but the banks did not believe that an NGO could launch and run such a project.

This didn’t weaken Marek Černocký’s determination, though. Seeing how due to the financial crisis construction companies had a lack of orders but a surplus of money, he looked for a company that would both build and finance the power plant. Energeia would then repay the costs during the first year of operation of the power plant.

In 2014, after almost 15 years of pursuing this idea, the power plant started its pilot operation. The construction costs were eventually even lower than had a loan been used. 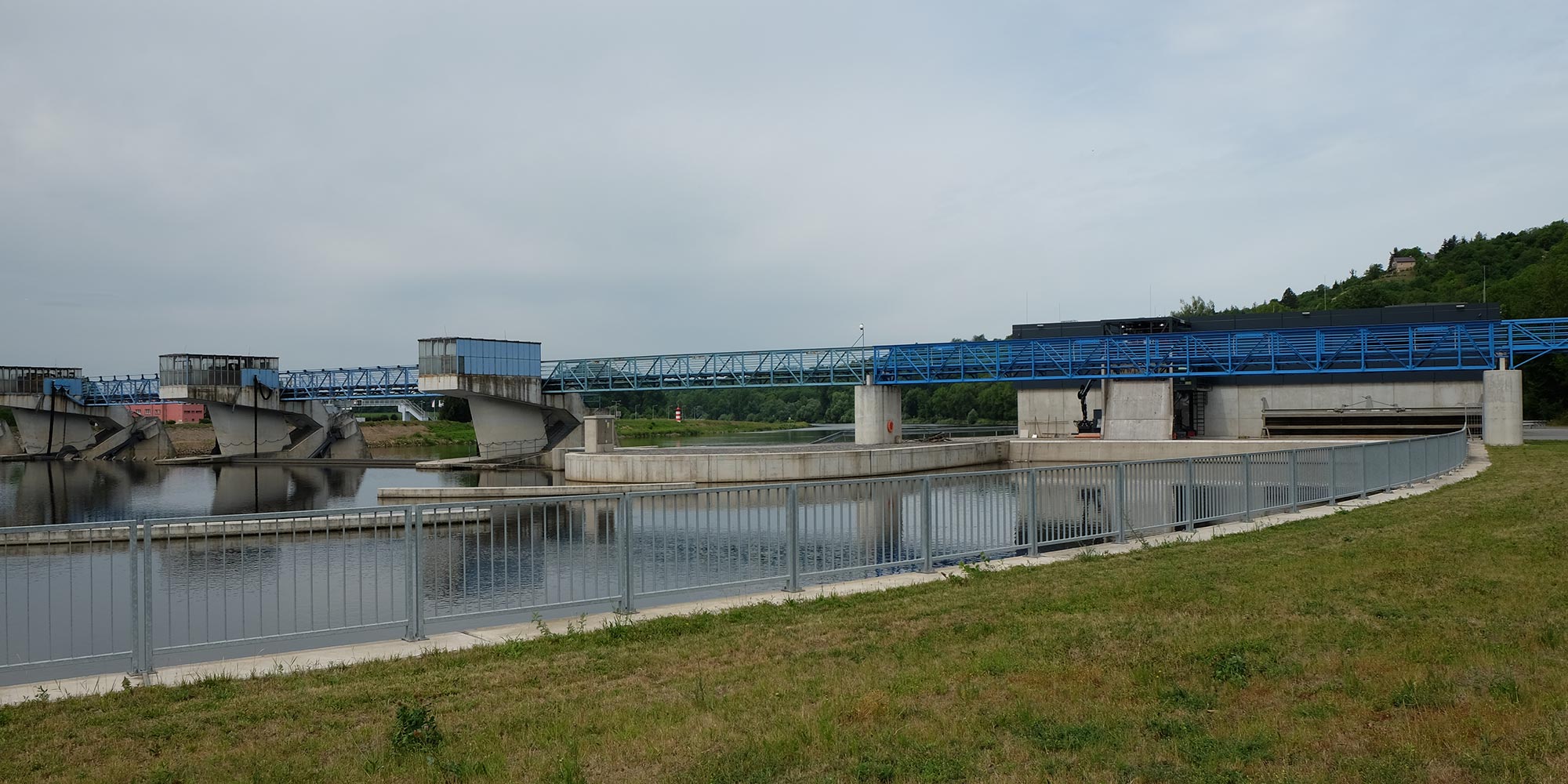 Nevertheless, Marek Černocký still needed to repay the construction companies. But by now, banks already trusted in the project’s feasibility but they did not know how to arrange a loan for such a big investment made by an NGO. They consulted lawyers and financial experts to create a new scheme for financing projects of NGOs. In February 2015 Energeia got the loan, paid the construction companies and the power plant started to operate for the public benefit.

The hydro power plant can reach a capacity of 5.4 MW and creates four full-time and one part-time job. The output per year is approximately 30 GW. 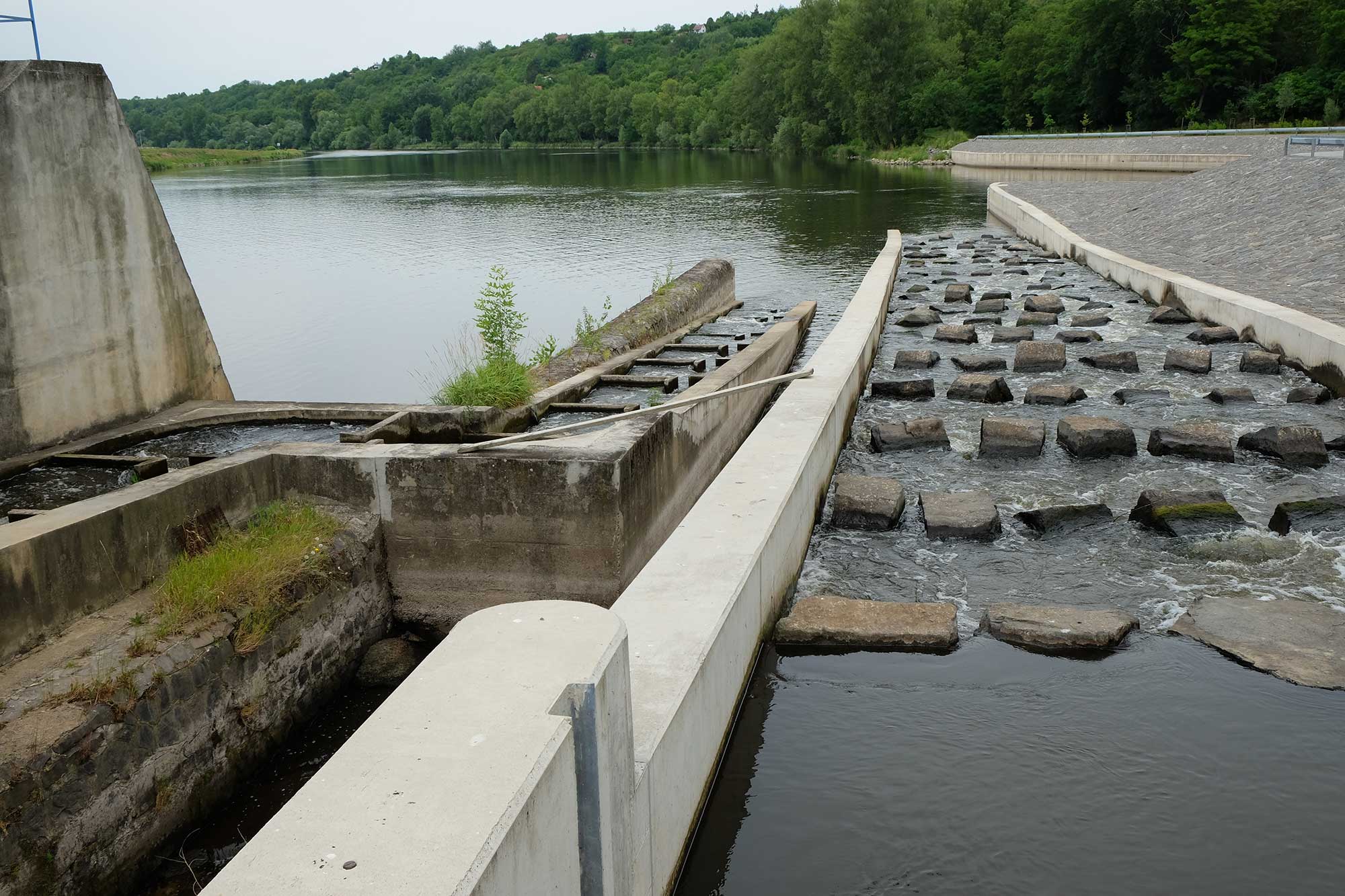 During the construction an old fish ladder was renovated and another two were added. These were partly financed from EU funds as well. The fish ladders enable fish and other animals to migrate upstream in the river. Their effectiveness was confirmed by monitoring of fish movements.

The concept of a hydro power plant co-financed by donors is a unique system for financing non-profit activities. Donors, called “bene-investors” by Energeia, do not support a specific service for society but invest in the purchase or repayment of the power plant. Because the power plant generates profit from selling energy, the donations are revalued and become renewable and in a way inexhaustible. They help generate a stable source of financing for non-profit activities.

For the time being, the main part of the income is used to repay the loan, another portion is spent on the operation and service of the power plant. The remaining approximately ten percent of profit are used for activities of Energeia. The money available for them will get bigger as the loan is being repaid.

Energeia’s activities currently centre mostly on social projects for children’s palliative care and on help for families with children in very poor health. But Marek Černocký also wants to return to his original aim and thus Energeia is starting publish books and to organise public lectures of various experts. 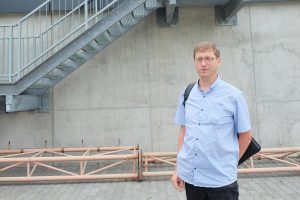 “When I want to help I am trying to do it in as broad circumstances as possible and include the way of financing in this approach as well. The way of getting finances should be ethical and ecological. We decided to build a hydropower plant to have a clean source of finances. You cannot do something good on one side and pollute, either ethically or ecologically, on the other side.”

Nobody believed in it

Making his dream come true was not easy at all for Marek Černocký. A lot of convincing was needed at first.

Almost nobody believed that an NGO could implement such a project, especially without experience or financial capital. There was no doubt that the idea itself was a good one. During the preparatory phase several commercial companies tried to get the project and realise it by themselves.

Nonetheless, Marek Černocký admits that in those 15 years in which he was pushing the project forward, he lost trust in it himself many times. Also during the construction complications arose. One year after the floods in 2013, a wall that kept the river out of the construction site broke.

But throughout this time, Marek Černocký found great support in his wife and friends as well as in many experts who gave him good advice and services without any expectation in return. He also cannot complain about the communication with the municipality and with locals.

“Locals were firstly distrustful as well, but we always described them what we are building and what is the whole project for. When they understood, there was no problem anymore. In addition we constructed a new access road for them.”

A new potential for renewables and non-profits

Energeia has now a fairly stable income and can finally focus on its projects for the public good. At the same time the power plant contributes to the electricity supply with a significant amount of clean energy.

To revalue the donations and make a renewable source of finances of them is a unique approach to financing a charity. Marek Černocký thinks it could be easily replicated. Renewable energy sources could serve not only as a source for electricity but for other public services as well. Even renewable projects with low profitability which are not interesting for commercial entities could become viable as stable source of income for NGOs. By co-financing the project via donations, less of the profit needs to be used for investors or repaying loans and interests.

Now, Marek Černocký wants to establish a net of donors for Energeia so that more donors will help repay the loan until Energeia’s only focus will be on its non-profit activities.

Although one other idea is still occupying Marek Černocký’s mind. He is considering installing photo-voltaic panels on the roof of the power plant to partially cover its energy consumption. 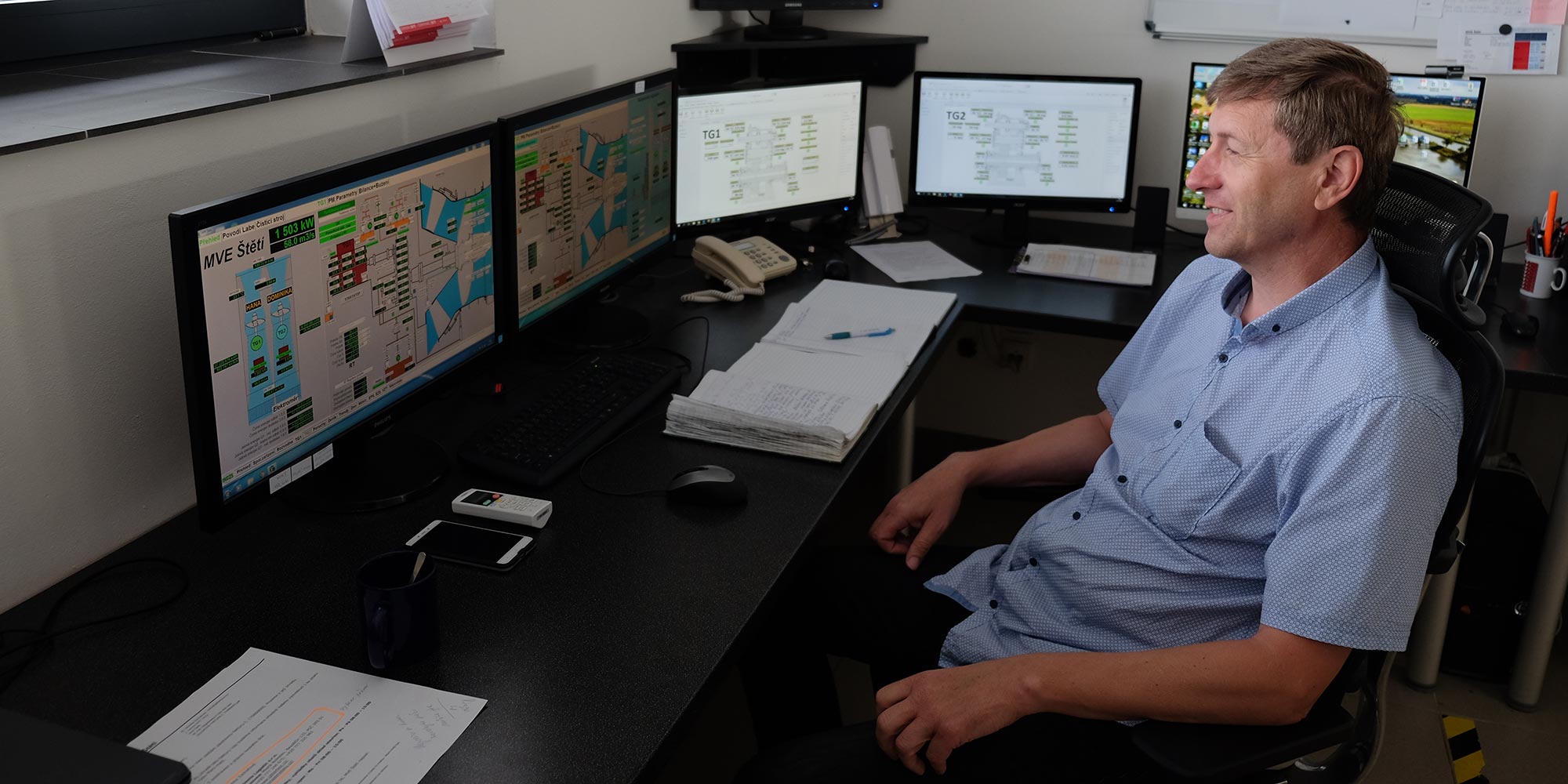