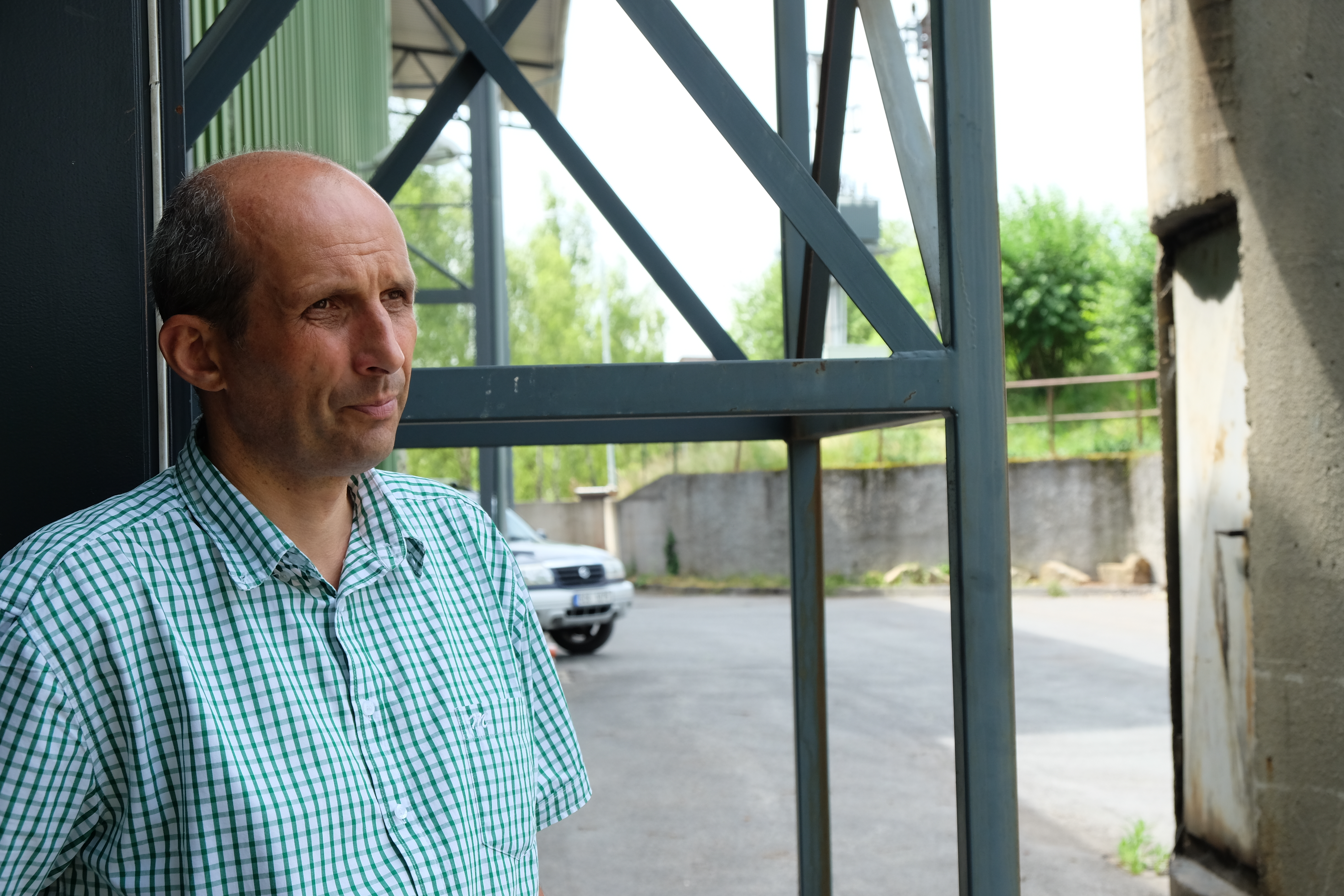 On a hill next to the city of Volyně in the Czech Republic lies a complex of school buildings. The school’s main focus lies on technical education, mostly woodwork, at the secondary and post-secondary level. The focus on wood may also be the reason why the school decided to replace its coal energy source for a renewable one.

Students are coming to Volyně from the whole country to learn how to work with wood. Now they can learn also about independent and renewable sources of energy and the effective use of wood waste.

Two main buildings dominate the school complex as well as the project. It began with the need to replace broken windows of the main school building but while preparing the project, the teachers quickly decided to include the boiler house and replace the coal boiler with a boiler for biomass and to add a heat pump.

The whole energy system benefits the school and its students for years now. It was Petr Červený, the vice principal, who implemented it and takes care of its operation. 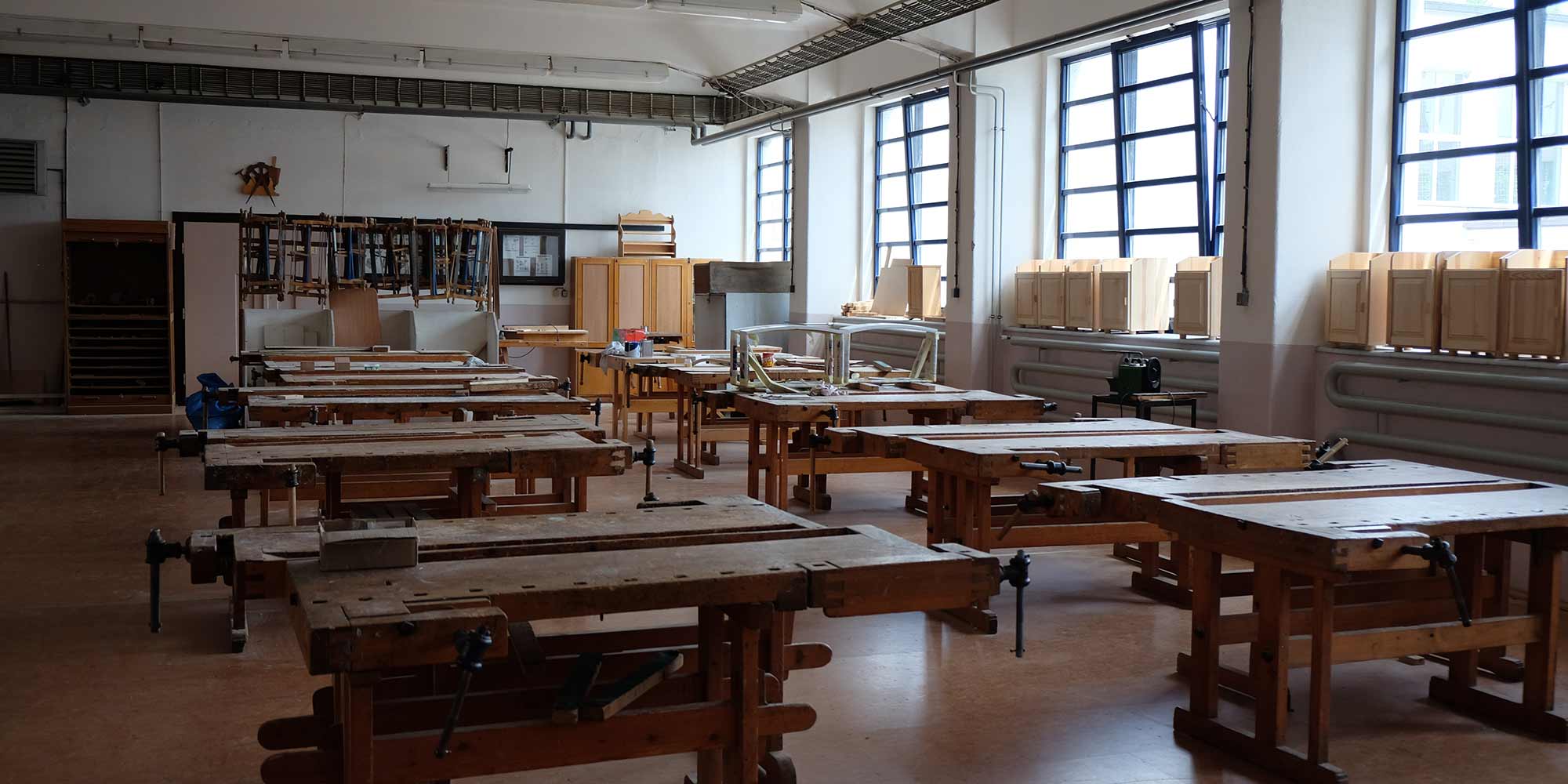 It’s all about wood at the school.

The main building of the school used to be heated with a coal boiler which was replaced with light tight oil in the nineties. In 1996, when the school took over also the close by youth house and its lignite boiler, it managed a complex of nine buildings containing the original school, the elementary school, a children’s home, a school canteen and youth houses for students. The complex was heated with two coal boilers, but the burning of coal polluted the air and put the students’ health in danger. Heating with coal was also expensive.

The final impulse to change was the need to replace the windows in the main building. 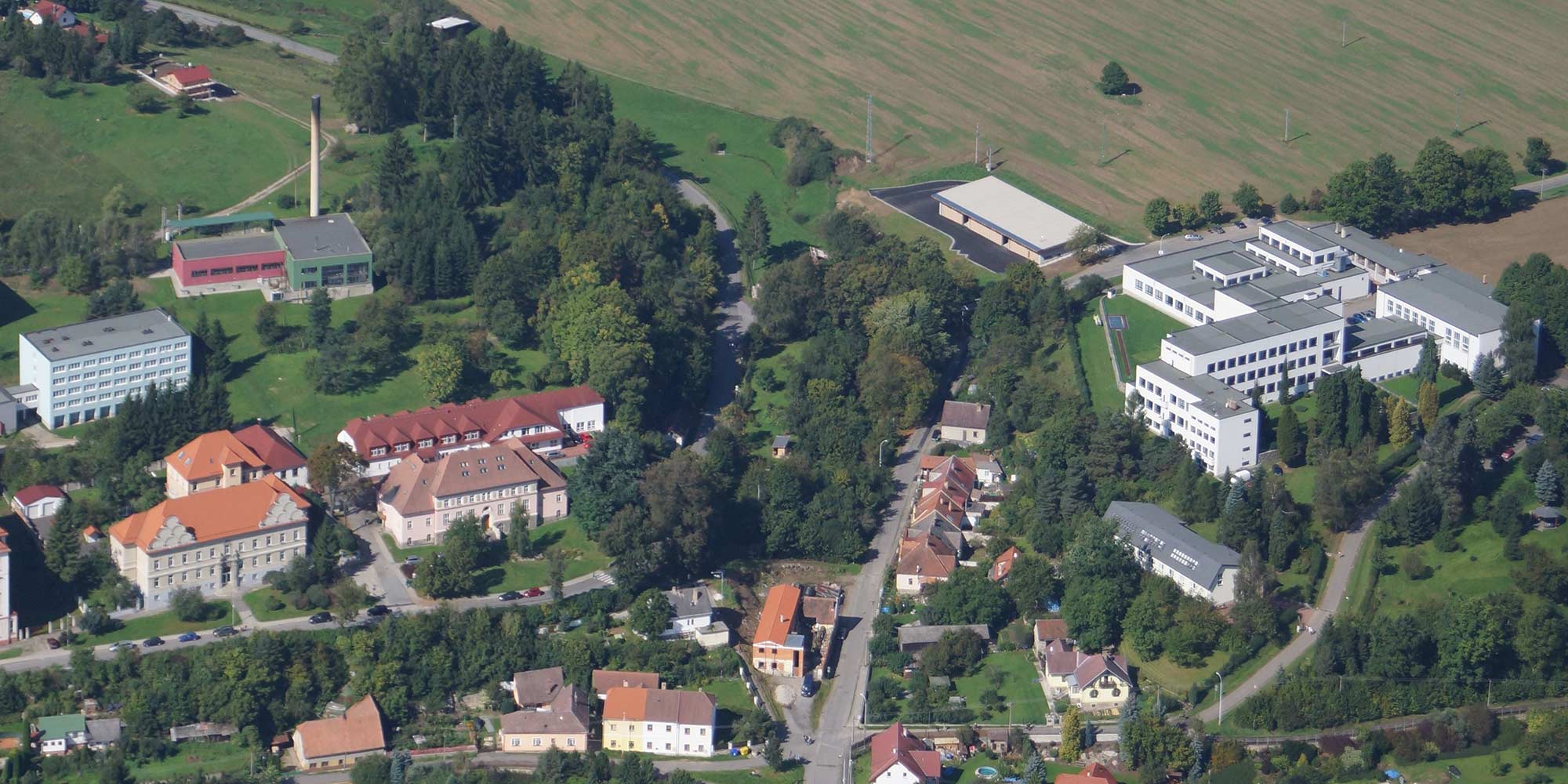 The school complex with the renovated main building (top right) and the boiler house (with smoke stack).

Independently, the school devised a project for the simultaneous insulation of its buildings and reconstruction of its energy system. It was possible to combine the existing heat distribution pipes with new renewable heat sources. What was still needed were the finances to realise such a big reconstruction, which they secured through a grant from the State environmental fund of the Czech Republic.

As was planned, the replacement of windows and insulations of the buildings were made. The lignite coal boilers were changed for the woodchips boiler and a heat pump (air-water) was installed. The main building of the school was linked to the central distribution network of the new biomass boiler.

A collaboration of energy sources

The energy sources for the whole complex are all placed in the boiler house on the hill now. The biomass boiler ensures the main heat supply. It operates mainly during winter. The woodchips are bought from the city service of the nearby town Vimperk, which produces woodchips for its own needs as well. But also the town of Volyně and the school’s workshops themselves are sources for the wood fuel.

The virtuous circle closes with the boiler producing ashes that can be used for soil fertilisation by locals.

While the biomass boiler is used mainly in winter when more heat is needed, the heat pump is running when the outdoor temperature is over 8 degrees. Most of the year, the heat pump supplements the boiler by collecting the day’s heat and releasing it in the evening. There are also two gas boilers and a cogeneration station which cover fluctuations and help the boiler in extreme frost.

The school reached heat self-sufficiency and significantly reduced its energy consumption. While the original fossil fuel sources had a capacity of over 6 MW, the new boiler has a capacity of only 2.7 MW but uses only 1.3 MW. This is enough to cover almost all the school’s energy needs from renewable sources. 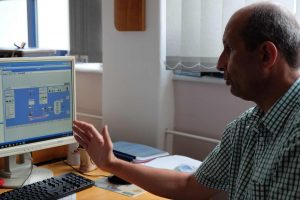 Principle Červený demonstrates the software for the heating system.

This is not only thanks to the heat pump. The insulation of the buildings reduced the energy demand greatly. And also the software that manages the system is an important factor. It provides information about the current capacity of the sources, the situation of the distribution network, and the temperature in the different buildings. It allows to adjust the system to the current situation.

At the beginning of each school year, Petr Červený determines in a time-table when and what should be heated. The boiler and heat pump are then adjusted to the needs so that overproduction and useless heating can be avoided.

Petr Červený monitors the system the whole year and he tries to optimise it to reach the smallest energy consumption. He says:

“We are still learning how to forecast fluctuations and how to coordinate production and consumption. In the long-term, we can still lower our overall energy demand.”

Turning a disadvantage into an advantage

The reconstruction process did not go as smoothly as it might seem. Many were afraid that the reconstruction of the main building from 1933 will damage its functionalistic look and it will lose its historical value. But the school employees who prepared the project were careful and managed to keep the building’s typical look.

Similarly, the school’s own energy sources with centralised distribution were originally a disadvantage. Its operation was expensive and it would have been difficult to link it to the heating system of the rest of the town. But Petr Červený and his colleagues used the characteristic situation of their complex to their advantage. Closing one energy source and reducing the capacity of the other one led to a much better position compared to other schools. Purchasing fuel has become cheaper and the semi-automatic system allows to employ just two service men instead of seven as before. Additionally, the energy self-sufficiency increases the stability of heating costs in the future. The school can therefore invest in new learning tools and offer cheaper accommodation to students.

The greatest benefit of course is the improved air quality in the whole village. None of the students have to fear that school could have a negative impact on their health.

Petr Červený is aware of the bigger picture as well. The school does not have to purchase coal and thus support coal mining. On the contrary, it supports the local woodworking industry not only by raising new craftsmen but also by demand for woodchips. Wood waste has become a valuable energy source.

Petr Červený and other teachers use the renovated boiler house also as a classroom. Nobody thought about this option while preparing the project, but as soon as their class’ topic relates to it, students go to see the boiler house with their own eyes or they watch its operation with a software from their classroom. In particular for students in the field of building and indoor environments the school’s use of an independent renewables source provides valuable practical experience.

As Petr Červený says himself:

“Our success was based on the fact that we prepared our own project that was adjusted to our old system. Ironically, the need to renovate our own inefficient energy sources helped us as well.”