Warning: Creating default object from empty value in /data/www/htdocs/bankwatch.ecn.cz/peoplesbudget/wp/wp-content/themes/salient/nectar/redux-framework/ReduxCore/inc/class.redux_filesystem.php on line 29
 Game of homes: brace yourselves for EU-funded home renovations in Hungary - People's Budget
Press enter to begin your search

Game of homes: brace yourselves for EU-funded home renovations in Hungary

It has been a long waiting game for most of the 2.7 million Hungarian households who need to make their homes more energy efficient. For the last decade, basically no EU Funds have been available for such residential building renovations. Family houses have been hit the hardest: even most of the carbon dioxide quota revenues went to renovate prefabricated blocks of flats.  After years of negotiations, in April 2017 an EU funds loan was made for family houses and condominiums. It is worth a closer look at this painfully long and complicated process, as it provides useful lessons for the new EU budget programming and planning process.

Public hopes were high when in 2015,the Hungarian government allocated EUR 1.5 billion for energy efficiency refurbishments as part of its spending plans, including EUR 300 million for homes as part of the Environment and Energy Operational Programme. While the programmes were approved by the European Commission, the government later stepped back from its plans, when in autumn 2015 the prime minister’s office said that the“EU funds will only be available for governmental buildings in order to reduce the expenses of the state. For energy efficient renovation of residential buildings people can use bank loans.”

This meant that EUR 300 million was to be reshuffled from the residential to public buildings budget lines, which came as a serious blow for those people who could not afford loans for refurbishment –more than half of the estimated 2.7 million people in need of household renovations. 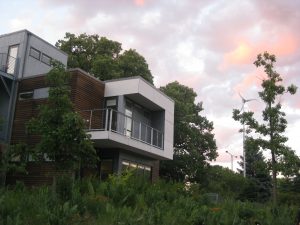 These changes received criticism from all corners, including the Commission in Brussels,and  energy efficiency experts and associations  like the Energy Efficiency Institute (MEHI) plus  national green NGOs in Hungary like Environment and Energy Monitoring Committee member MTVSZ. The arguments against the changes in allocations were numerous:

In May 2017, when the DG Regio representative declared that the modification would be approved and the government acted accordingly, the reshuffling was completed.

Brace yourselves, the loan is finally coming

In 2016 a plan for a loan scheme was designed for energy efficiency andrenewable investments like the modernisation of heating, insulation, windows, installing solar panels and collectors and heat pumps for family houses, condominiums and housing cooperatives. MTVSZ, MEHI and other stakeholders made inputs to the plan and gaverecommendations to ensure a wider access for the energy poor.

The interest-free loan combines EU Funds with 10%  contribution from the applicant, witha maximum 20-yearrepayment period. Since April 2017 the programme has continued to target middle income households, although due to the relatively slow application and absorption rate of the loan at the beginning, the programme has been simplified partly due to our former recommendations.One applicant provided the following testimony about their experience with the programme.

I’ve been trying to install a solar PV (photovoltaic) system for my family for years, and this loan program has given me thefinal boost. Within a few months I got to sign the loan agreement.

Besides the zero per cent interest rate there are other positive aspects: there is no commission fee or,if you want to prepay or modify the contract, it is also free of charge. However, the program expects 10%contribution from the applicant and requires extra costs compared to investing entirely from one’s own resources. The two biggest costs are the energy certificate fee and the notary fee of approximately HUF 70-80000 HUF (EUR 226-258).

Another important thing for someone who wants to apply is time. This loan program is more complex than a simple credit review: you have to submit a tender application, with detailed plans, permits and budget with adequate quotes for your investment. Thus this application is time-consuming and the credit assessment can take several months. A part of the prospective applicants likely give up applying. 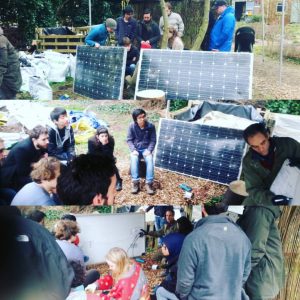 If I had not had a major application writing experience, I might have abandoned filling in the elaborate excel sheets. Fortunately, a large number of contractors are already familiar with this loan program, they can help and advise. For this reason, and of course to cut the prices it is worth asking for more quotes. In my experience, in the quotes there can be an up to a 50 per cent price difference between two similar photo-voltaic systems.

While writing the loan application, it is worth to visit the application page more frequently because the call and the condition details have changed relatively often and then the forms also slightly change – only the new forms can be submitted.

Why is it worth it to me? For 20 years at a fixed monthly cost – which does not even follow inflation and which is lower than my family’s current monthly electricity bill – solar panels will generate the electricity we need, and maybe even a bit more. With some time and financial investments, I can save on bills and we can become more environmentally friendly. Fair enough.

MTVSZ, MEHI and other NGO partners continue to monitor the uptake of the loan and are working for improvements to make it more accessible for the households in need of renovation. It is clear that the loan scheme will not address all the renovation needs of people in grave energy poverty, and for that, a separate, more ‘social’ scheme would be needed.

These efforts are hindered by the government’s beliefs that fixed household energy prices i.e. regular energy bill cuts artificially regulated by the government can solve the problems for the energy poor, and that no separate scheme would likely be needed for them.

With the EU argues against these fixed prices, brace yourselves for the next round of developments. The Commission is indeed asking Member States to phase-out their regulated prices for energy, claiming that social policies and efficiency measures are better designed to address issues such as energy poverty. This should trigger interesting debates in many Member States, in the framework of the Clean Energy package trilogues which are running until mid-2018.